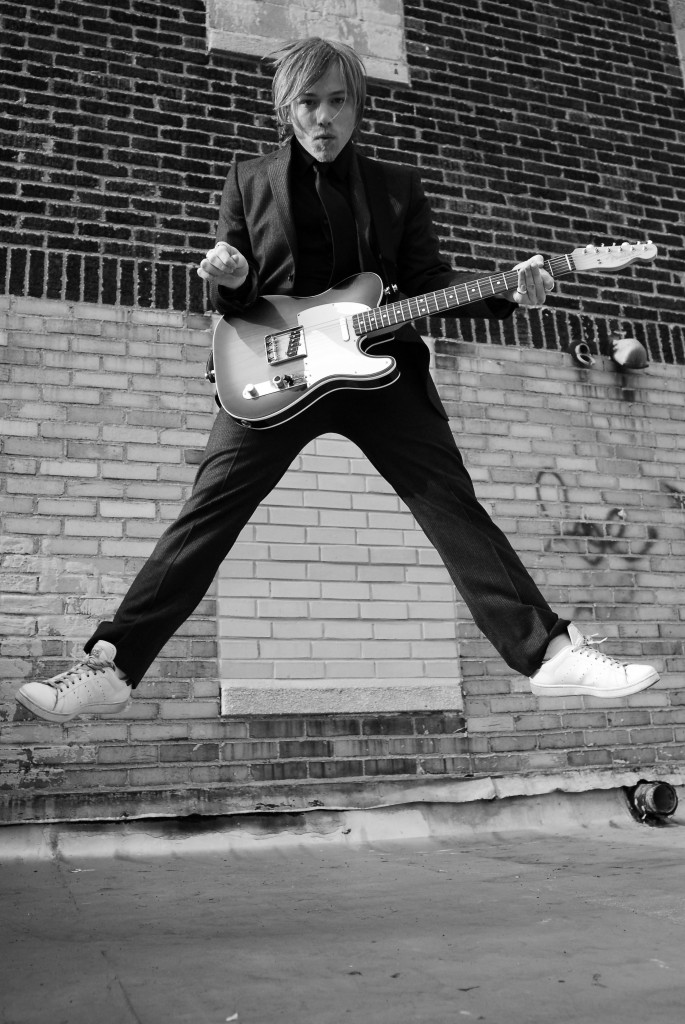 The most resonant voices echo in nearly every corner of culture.

The music of Beau Black can be heard everywhere from EMMY®Award-nominated television series to ubiquitous campaigns for some of the world’s most recognizable brands. The New York-born and Los Angeles-based composer, producer, multi-instrumentalist, singer, and songwriter approaches each project with the same fervor, focus, and fire.

“For me, the goal is the same,” he exclaims. “The best thing you can do is leave listeners with a positive feeling. That’s really what music is. It places you in the moment. I hope audiences enjoy it, and I’d love for other musicians to find inspiration in it. I want to share that with everyone I possibly can. It’s what I feel like I was always meant to do.”

As a result, he found himself on stage nightly throughout his childhood. Beau’s father Jay Black fronted sixties pop rock sensation Jay and the Americans famous for smashes a la “This Magic Moment,” “Come A Little Bit Closer,” and “Cara Mia,” to name a few. At eight-years-old, Beau joined dad and the band for a duet on “Let’s Lock The Door” at a life-changing gig. Striking a chord with the crowd, he soon became a permanent fixture, going from one song per night to eventually performing solo and handling backup guitar. A regular band member until 23-years-old, he spent two years at Berklee College of Music before permanently relocating to Los Angeles.

This “unconventional”upbringing primed him for a life as a musician.

“The band was like family, and they taught me a lot,” he says. “My dad in particular showed me how to sing with confidence. His showmanship was unbelievable. I learned that if you’re really confident, nothing can stop you. I didn’t know what it was like to be a ‘normal kid.’I’d go back to school like an outcast, because I was out playing with a bunch of fifty-year-olds all the time. I couldn’t have done it any other way though.”

Settling on the West Coast, his independent full-length debut, Meant to Be, landed a major sync in a commercial for AT&T. Over the course of the next decade, he cemented himself as a sought-after composer with over 100 placements internationally, ranging from notable campaigns for Google and Samsung to Target and Old Navy as well as in-house stints at SOUTH Music and Sound Design. Between songs from his solo albums Meant to Be, Perfect Day, and Black & Bleu, he also landed over 50 film and television syncs. Along the way, he attracted the Disney’s attention.

Maintaining a longstanding relationship with the studio, he penned the themes for shows such as Miles from Tomorrowlandand Penn Zero: Part-Time Hero. Working on the channel’s highest-rated animated program The Lion Guard, he wrote 93 tunes for the series. He personally performed and starred in the video for the theme “Here Comes the Lion Guard,” which clocked 8 million-plus YouTube views while the Official Soundtrack Album bowed at #2 on the Billboard Top Soundtrack Albums Chart. Additionally, “Sisi Ni Sawa” received an EMMY®Award nomination. Simultaneously, he crafted songs and score for the smash Mickey & The Roadster Racers. 2019 sees him soundtrack the animated Rocketeerseries.

Drawing on a diverse palette, he creates music with a handcrafted approach reliant on guitar, bass, drums, and an arsenal of analog synths rather than working digitally “in the box.”

“I have this quirky approach,” he affirms. “Because I’ve listened to the classics forever, I try to come from an organic place. I’m constantly trying to find different forms of inspiration with old school instruments.”

In doing so, Beau continues to challenge himself and evolve as a creative force. Operating out of his studio in Southern California, he has sights set on an upcoming musical series of his own and much more on the horizon. For all of the roles he assumes in that music’s creation, Beau distills his purpose into one simple tattoo emblazoned on his arm—a microphone with a beating heart.

“I got that tattoo, because I feel like my purpose is to be an instrument,” he leaves off. “It’s like I’m just observing and transmitting music as if it came from somewhere else. Since I was a kid, this is what I was meant to do. I never had a choice.”